Is that really a large American elm growing in front of the Shelburne Kwiniaska golf course on Spear Street in Shelburne? In all seasons this magnificent tree stands out in the landscape. After all, 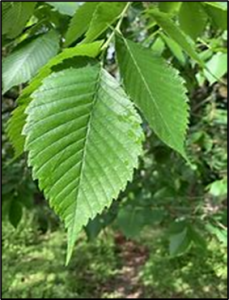 how many elms of this age and stature also serve as a signpost for its business?

Ulmus americana is less commonly known as the White elm or water elm. This deciduous native to eastern North America is found in Nova Scotia, west to Montana and Alberta, and even south to Florida and central Texas. Zones 3-9. Usually growing to a mature height of 60 to 80 feet, the “Kwiniaska Elm” is a perfect example of this stately tree in maturity. The “Sauble Elm” in Bruce County, Ontario germinated in 1701 and survived 267 years after growing to an unimaginable height of 140 feet.

Graceful and stately, American elm is easy to transplant and fast growing. Strongly upright, with a sturdy trunk, branches arch overhead to form a vase- shaped canopy. The bark is dark gray, ridged and furrowed. Leaves are elliptical, 3-6 inches long, and 1-3 inches wide, and medium to dark green. Fall color is yellow. This tree is easily transplantable and was the most popular tree planted in the first half of the 20th century. Highly adaptable in acid and high pH soils, it does well even in difficult city street environments. With the recent introduction of new cultivars, the species is making a comeback in the city landscape. Today it is mostly found on campuses and in parks but there is nothing left of the tall cathedral archways provided by American elms in the early 20th century. Many old photographs tell the story of how these trees created magnificent shady allees along boulevards of American cities and parks.

The story of the American elm is not complete without the story of Dutch Elm Disease (DED). Much of the urban forests of a hundred years ago, dominated by elm street plantings, were destroyed by this fungal plague (Ophiostoma ulmi). 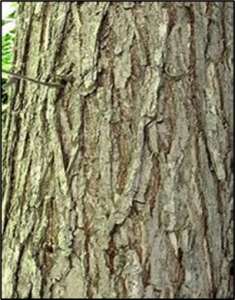 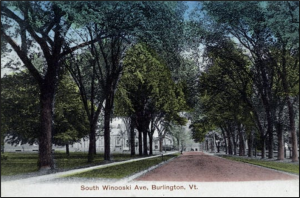 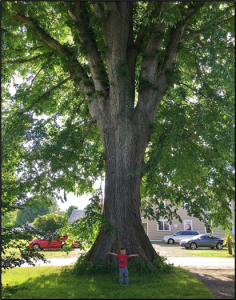